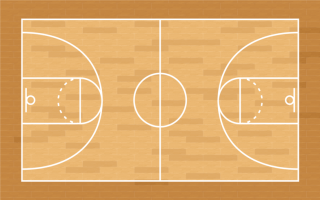 We would like to share with the community the status of this huge update and what can be expected in the future.

Roadmap
As you all noticed the progress is a lot slower than we wanted. We found out that working with such an update just in the evenings and weekends is almost impossible. While not all the weekends can be devoted to BasketPulse.

Now we try working on holidays. Darius took almost a two week vacation from his main job in March. Most of the time was spent working on this update.
Additional 1.5 week of “vacation” is planned at the end of April and if needed that time will be spent working on the new match engine.


Balancing and small updates:
New tactics and bigger updates:
Changes that probably won’t be included into this version
We also discussed and want to have these tactical settings:
But all these can be implemented in separate updates and probably it is time to draw a line and stop creating new things - just focus on balancing. So at the moment we do not plan to implement the above mentioned settings in the current version.

We are waiting for your feedback on these updates.
Please make sure that:
1. You give a link to the match
2. The match is simulated with the latest version (2022-04-03-01 or newer). You can find the match engine version in the match page.
3. Write what exactly is wrong and how you think it should be
4. Copy some events from chronology that shows the problem

Please avoid not related comments.
Back to the Main page

1.1 1.1 DarjusKleins -- 04-03
Great news. I totaly support your idea: "We want to have at least one full season with a stable new match engine in the national leagues before bringing it also into international leagues." -- (Translate) (Translate EN)
+1

1.1 1.1 nofixations -- 04-03
"Team offence/defence tactics will not be used in the testing engine anymore. Instead we have Defence focus, Offence focus, Isolation, Early offence settings"
- could you please explain this a bit better?
- i also noticed some other re-balancing was made during the season that hasn't been explained ( e.g. tiredness, settings ).
In general, i am glad that players get bit less tired, but i still notice the effect of tiredness during the games is not strong enough to reduce players performance. it still favours 7-player teams over others. On the other side -having longer 12-player teams is not favoured as they get still tired even playing fewer minutes - having to lower training intensity anyway.
The other thing i noticed is that many times players don't seem to react according the tactical settings ( players that shoot a lot in spite of having "only if necessary" , or the opposite players that don't shoot in spite of bigger shooting focus) - this is probably because of the defense settings - but i think more info is needed to understand the pattern -otherwise the feeling is that you cant control the way players play game - resulting in losing interest. Probably we haven't had the chance to try new engine t enaugh. I think it would be also good if friendlies would be played with new engine - so we can try out more things ( and without risking national competition) -- (Translate) (Translate EN)
+4

1.1 1.1 nofixations -- 04-03
I know the article. I still can't see many of what's explained reflected on real games. About tiredness - I still see 7-player teams having advantage over longer teams - because performance due to tiredness is not reduced enaugh. On the other side players getting few minutes are still getting too tired many times anyway - having to lower training. So no advantage so far for having longer 12-players team .
And on players doing whatever, it is probably more realistic - but still this is a game , and we -as coaches - want to be able to set how players should play / or be able to understand what happened if they don't play as expected. Otherwise if we don't have control - it becomes like watching tv. I have the impression some balance is still needed in this respect -- (Translate) (Translate EN)
+4

2.2 3.1 ulipulido -- 04-03
I think the same as notifixations, players set as only if necessary shooting double that players with "shoot as much as possible", not even in one match
Shooters do not shot 3 points, and shoot a lot of 2 points, set as only if necessary. In National league engine looks random. Playing inside and shooting double outside players -- (Translate) (Translate EN)
+0

Matches
Players sets shoot only if necessary 18 shoots in this situation
Attacking INSIDE and setting Normally, my inside players shoot 14 shoots.
PG, both in all situation if necessary, shoot 12 shoots -- (Translate) (Translate EN)
+1

1.1 1.1 mancuso -- 04-04
Until now it is noted that the PG and SG have too much prominence in the games taking short shots (and several times scoring) when they are not set for that and in defense they commit too many faults in breaks especially -- (Translate) (Translate EN)
+4

2.1 5.14 Angelix19 -- 04-04
I realized that during the last season my team is generating more fouls and strange player behaviours like kamikaze attitude during the game. Too many fouls even when the team is setting with low defense and a huge, massive volume of stupid turnovers even by quality players. That's not funny at all. -- (Translate) (Translate EN)
+1

2.2 3.3 a-darius -- 04-27
ME updates. Version: 2022-04-27-01:
- shot quality calibration while shooting from three points range
- a bit increased amount of fast breaks
- small fixes in substitutions.
-decreased chances of defensive foul during a drive to the basket for players with loose defense. Also decreased ability to defend in such situations.

Please pay attention to the tactical fouls at the end of the matches. There was one case when a player got more than 5 fouls and was not substituted. We did not manage to reproduce that bug, so we are not sure if we fixed it or not. -- (Translate) (Translate EN)
+1

Matches
I set isolation often, 4 players set as a leader, there is none event with isolation. Maybe there I need to search something else not isolation for this tactics?
Also I set defense accent for leader by skills, but in chronology I can find only man to man defense. Does it working? or maybe there is something what I don't understand. Maybe there should be more info about new tactics? -- (Translate) (Translate EN)
+2
×